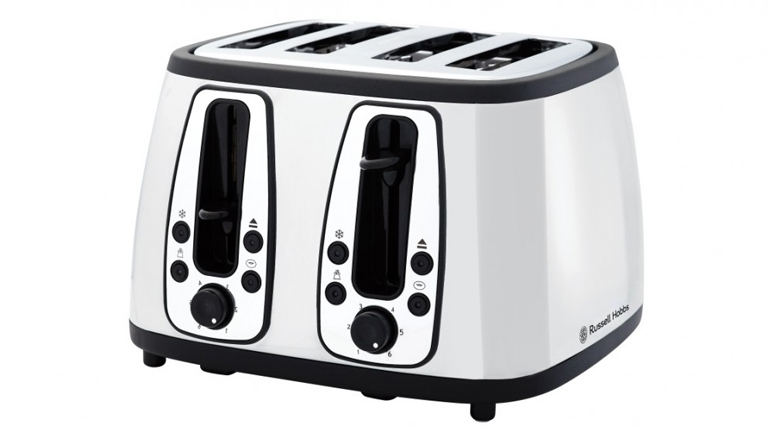 From snack makers like a Russell Hobbs sandwich press to an electric fry pan that can take your culinary skills to new heights, Russell Hobbs appliances are highly functional and striking, making them a welcome addition to any kitchen. Equipped with numerous functions and powerful motors, Russell Hobbs food preparation appliances help to produce meals that will be loved by even the most discerning of guests.

Founded in 1952 in the UK by Bill Russell and Peter Hobbs, Russell Hobbs has grown to become synonymous with quality, style and innovation in the kitchen. Throughout its long history, Russell Hobbs has consistently ranked as the number one brand in the UK for kettles and toasters. Its presence is so strong, in fact, that an estimated 9 out of 10 British consumers recognise Russell Hobbs as a small appliances brand.

Russell Hobbs has played a pivotal role in the development of the small kitchen appliances market. The first automatic electric kettle, for example, was a Russell Hobbs kettle. This innovative approach to appliances remains integral to the Russell Hobbs modus operandi — in 2012, Russell Hobbs was awarded a prestigious Red Dot Design Award for its Steel Touch collection.